Support that brings the trophies home

With support of Rocketmine’s Parent Company, Delta Drone, TuksWomenRugby was able to have a fantastic start to their 2018 season. Not only have they won local tournaments like the USSA’s 7’s but performed exceptionally on international level; placing second in the Paris World Games and Stanislas 7’s in Nancy, France. They also claimed the winning title in Centrale 7’s in Paris, France. Delta Drone has been the main sponsor of the TuksWomenRugby 7’s team for the last 6 years. With this sponsorship, the team can travel and compete in tournaments all over the world.

The Women and Aviation organisation are dedicated to informing, connecting, motivating and inspiring the current and next generation of Science, Technology, Engineering and Mathematics (STEM) leaders in Africa with a focus on aviation and space through various strategic programmes. The Girl Fly Programme Africa (GFPA) Foundation is an information and skills development STEM educations programme for school learners who are interested in the aviation and space industry. The programme exposes young women to a world of opportunities and highlights the achievement of women within these industries (Read more here). The 2018 GFPA Camp took place in July and Rocketmine participated in the career expo day, educating the girls about the drone industry and how to become a drone pilot. 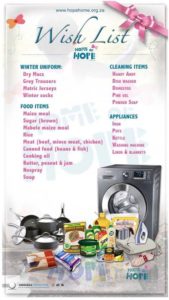 1.2 Million children are lost to sexual slavery every year. Home of Hope provides them with a way out, a safe haven where they can be children once again. Rocketmine supported Home of Hope for Mandela Day, providing much needed items from their Wish List. In the words of Mam Khanyi, the founder, "let's make every day Mandela Day"!

A Better SA for Mandela Day