In 2019, Rocketmine was contracted to Rössing Uranium as an exclusive drone services supplier. Rössings’ open-cast mine, located in the Namib Desert, has a long, uninterrupted history extracting uranium. Production began in earnest in 1976 making it the first Namibian uranium mine, the sixth largest producer, and notably, one of the oldest in the world. Since its early prospecting days, which began in the late 1920s, Rössing Uranium has had a significant presence in the Namibian landscape and has ridden the waves of demand for the commodity.

Highwall failure is serious and can even be deadly.

Last year, a mine in the Northern Cape (not linked to the Rössing or CNUC group) had a highwall collapse which tragically resulted in the loss of life. Experienced geotechnical engineers warn of the high safety margins and resources needed to effectively conduct slope stability monitoring.

Engineers also understand the critical importance of proper due diligence prior to new exploration or expansion, as well as providing teams with all geotechnical tools necessary to ensure the safety of staff and business continuity. Acquiring the most accurate and current data is vital to this process – you cannot mitigate risk if you don’t know it’s there. The bigger and the older the mine, the more challenging this becomes.

After 45 years of continuous mining, the age of the Rössing Uranium mine was a significant consideration on this project.

Some highwalls at the mine are now close to 300 metres high with multiple bench overhangs, so accessibility and stability insights become even more critical in ensuring the safety of those working below.

Rocketmine was initially engaged on a survey and mapping contract and initially only carried out test flights in areas of geotechnical concern.

However, after several months of onsite development by the highly skilled flight team and with the support of the latest technology available, Rocketmine was able to provide valuable data for highwall monitoring and mapping.

This Data Collected By Rocketmine Was Trialled Using Various Software Packages To Assess Impact. Key Indicators Delivered Allowed The Rössing Mine To Improve And Maximise The Following Outputs:

3D Model – Pre and Post Blast Assessment to verify whether material has collapsed due to
vibrations and to ensure heavy machinery can safely enter the area. 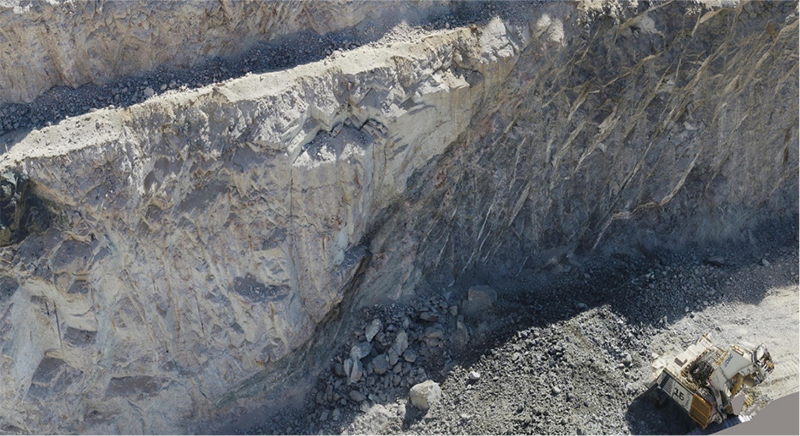 Mapping of a large portion of the Pit for geotechnical mapping and pit expansion. A Drone was the only viable tool available to access many large portions of the highwall to deliver high quality and detailed models. 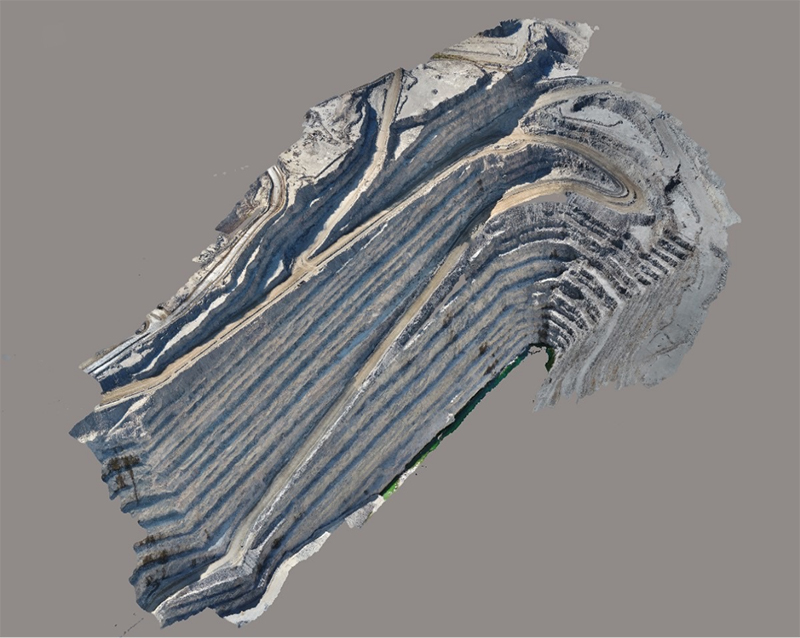 3D Model – Data to be used for a Kinematics study in preparation for the Pit Expansion Study. Length: 2km Height: 300m 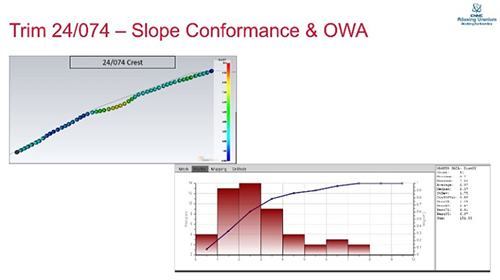 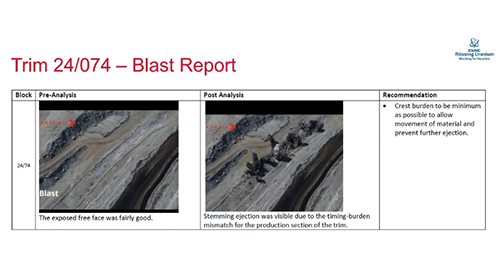 Rocketmine’s expertise on the Rössing site was used initially to complement radar and prism systems, as well as the physical inspections by staff on site. However, and most importantly, the drone data was able to provide un precedented speed and visual confirmation.

Drone technicians now explore and monitor crests to identify cracks and anticipate structural integrity issues, as well as provide a last ‘sanity-check’ for Geologists when unconfirmed signals are detected by the Slope Stability Monitoring Systems. Drones can enter dangerous areas without placing people or equipment at risk.

On The Rössing Project, Time Gained In Fast, Highly Detailed Drone Mapping And Assessments Is Leading To A Much Safer Operation.

Accessibility is always an issue and is often limited in open pit mining operations. On this site, the slope was never assumed to be completely stable, so drones provided a consistent source of reliable and safe data. The mine’s previous reliance on prism and radar data - which generate spreadsheets and graphs for interpretation - allowed for swift data, but limited accessibility and no visual checks.

Rocketmine’s intelligent drone technology is providing real-time eyes on the potential risks. Areas of concern are now monitored more regularly to capture data to deliver immediate insights rather than information. This is enabling quick, actionable responses to the data to mitigate impact and protect the safety and wellbeing of workers.

In addition, this technology feeds into multiple departments who can use drone captured data to continually improve the quality of blasting and mining practices to achieve the highest level of highwall stability and conformance.

This includes the following: 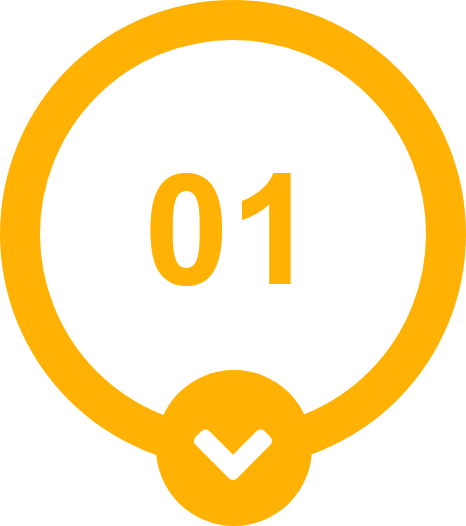 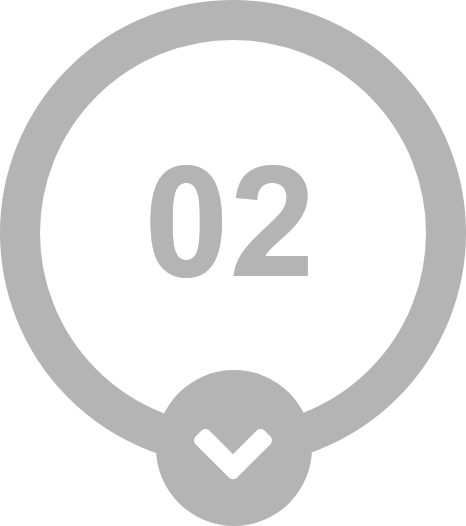 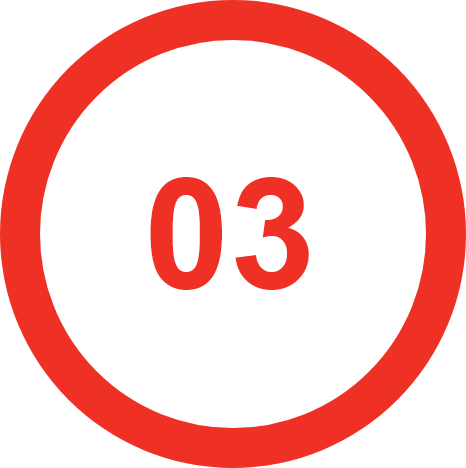 Geotech’s are now able to test hypotheses more quickly using the RTK technology (which enables the drone to become a flying GPS allowing real time corrections as it flies and centimetre accuracy). The outcomes of the collected data can sometimes impact three or four different departments, saving time and resources, and can even be done from the safety of the office.

Rocketmine is first and foremost ensuring the safety of workers, while also reducing downtime at the mine and delivering cost savings.

Projects previously shelved due to georeferencing issues are being dusted off in the light of situational awareness being delivered through Rocketmine’s involvement at Rössing. Visual interventions and accurate, triangulated data collection are providing insight and significant safety and efficiency gains at the mine.

After the drone recently alerted operatives to a shovel precariously close to the highwall, the senior geologist’s response spoke volumes. It’s impossible to put a price on keeping people away from danger. Rocketmine is helping drive safer, more efficient, more productive operations for Rössing’s Namibian operation.

In mines such as Rössing where face approach is a critical risk control, drone imagery allows for a close-up view of the highwall and any features which may lead to incident or injury.

It is also an extremely useful tool for post failure assessments – 3D Models allow Geotech’s to determine the mode of failure,
especially when these occur on inaccessible benches, and can also assist in determining whether further failures may be imminent in the same area.

Georeferenced 3D Meshes (in combination with the appropriate software) can be used to map rock structures on the entire exposed face whether accessible on foot or not, and the ability to record these structures is crucial for kinematic analyses of pit slopes and therefore also the overall safety and stability of the mine.

As geotechnical geologists, one of most important methods of monitoring is continuous visual inspections. However, accessibility to older benches is often a problem. In these situations, the drone images provide a high-resolution view of the highwall in question, allowing for a detailed assessment that may otherwise not have been possible.”

We use cookies on our website to give you the most relevant experience by remembering your preferences and repeat visits. By clicking “Accept”, you consent to the use of ALL the cookies.
Cookie SettingsAccept
Manage consent

This website uses cookies to improve your experience while you navigate through the website. Out of these, the cookies that are categorized as necessary are stored on your browser as they are essential for the working of basic functionalities of the website. We also use third-party cookies that help us analyze and understand how you use this website. These cookies will be stored in your browser only with your consent. You also have the option to opt-out of these cookies. But opting out of some of these cookies may affect your browsing experience.
Necessary Always Enabled
Necessary cookies are absolutely essential for the website to function properly. These cookies ensure basic functionalities and security features of the website, anonymously.
Functional
Functional cookies help to perform certain functionalities like sharing the content of the website on social media platforms, collect feedbacks, and other third-party features.
Performance
Performance cookies are used to understand and analyze the key performance indexes of the website which helps in delivering a better user experience for the visitors.
Analytics
Analytical cookies are used to understand how visitors interact with the website. These cookies help provide information on metrics the number of visitors, bounce rate, traffic source, etc.
Advertisement
Advertisement cookies are used to provide visitors with relevant ads and marketing campaigns. These cookies track visitors across websites and collect information to provide customized ads.
Others
Other uncategorized cookies are those that are being analyzed and have not been classified into a category as yet.
SAVE & ACCEPT

FIND OUT
MORE ABOUT
UNDERGROUND SURVEY

FIND OUT
MORE ABOUT
SURVEY & MAPPING